Find out more about how Wolfgang Kaufmann fought his way through the tough world of racing since the early Eighties and what his projects are for the coming year. [more]

Racing-Flair for your desktop! In this sector you can download a number of different wallpapers in 1280x1024 or 1024x768 resolution. [more]

Take a look at the extensive collection of photos of and with Wolfgang Kaufmann! This photo gallery is divided into sections of different racing series and single events such as the famous 24-hour race. [more]

The Spaniard Paco Orti could not find a better nickname in 2001. During a successful Spanish GT season ... [more] 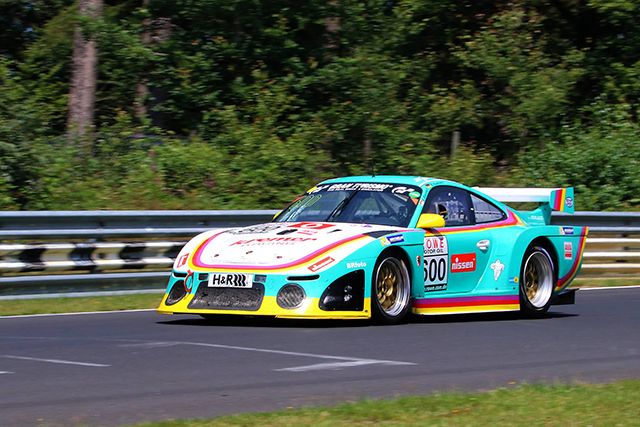 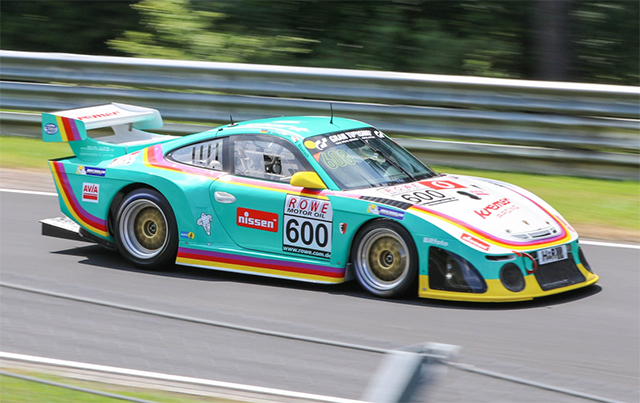 Following Saturday morning's qualifying session, Wolfgang Kaufmann was less than happy. „We missed the ideal time window for a fast lap this time, he said, „our timing wasn't perfect, and so I had to turn another lap on the Grand Prix track just before qualifying began.“ This meant that Kaufmann's two qualifing laps happened amid dense traffic. Still, his lap time of 8.36,945 was enough for row 1 in his starting group.
The early phase of this 4 hour race brought redemption. Immediately after the Group 2 field had been released, Kaufmann charged and the leading Group H were side by side as they charged into the first turn. „Sadly, I was on the outside and on the worse racing line“, Kaufmann recalled. But „Piranha“ sunk his teeth into his rival and got the job done at the start of lap 3. And he enjoyed every minute of it: „This first stint was a lot of fun, we ware always only just a few tenths apart. Racing how it ought to be every time!“

Over the next four laps, Kaufmann and his competitors were locked in combat until they lapped a slower car at „Bergwerk“ and he was forced to lift. The lead was gone. „then I had some more bad luck lapping another car, and lost touch with the class leader.“ Mid-way through the race, he handed the Kremer Racing Porsche 997 K3 over to team owner Eberhard Baunach for his stint, then got behind the weel again for the finish.
Unfortunately, the gap to the leading car was up to three minutes by that time which meant that Kaufmann/Baunach could not challenge for the win in Group H. Still, 2nd position was secure.

Kremer Porsche Racing will not be competing in the 6 hour race in mid-August; but one more VLN round is on the team's calender for the rest of the season. Wolfgang Kaufmann will be back in a racecar this coming weekend, driving the BMW Z4 M coupé in the Cup & Tourenwagen Trophy at Spa-Francorchamps in Belgium.